The first Claas Xerion in the area

Located in the beautiful rolling hills of Madison County, New York lies Duffy Farms. Owner, Mert Duffy and his son Travis are well known to Monroe Tractor, they have a working relationship that has grown over the years which is why they decided to take a look at a Claas Xerion tractor.  Marc Lunkenheimer, Monroe Tractor Sales Manager suggested Mert demo a Xerion 5000 after he saw it at a farm show and became very interested.  The demo impressed Mert and his son and turned into a purchase.

Lunkenheimer recently visited Duffy Farms to see how the Xerion 5000 was working out and found out quickly that they were happy with the machine’s all around performance and its fuel efficiency for such a powerful motor. To prove the point, Mert conducted his own side-by-side comparison. The Xerion 5000 burned 96 gallons of fuel vs the competitive unit that burned 151 gallons in the same field, doing the same job, during the same amount of time. He only needs to run the machine at thirteen or fourteen hundred RPMs to accomplish, whereas he has to run the competitive tractor “wide open”.

Mert has been asked a lot of questions about the machine from other producers and he is happy to discuss all of it’s fine points and “feels good” to have the first Claas Xerion 5000 in the area and in New York state, sold by the dealer “That keeps you working” Monroe Tractor. 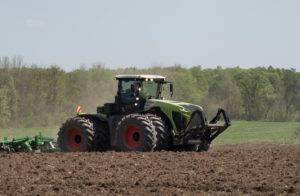 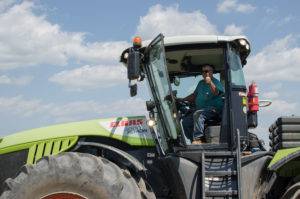 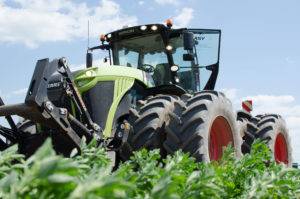 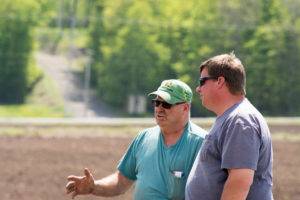